Summers are hot and humid in North Carolina, and houses are designed to offer maximum comfort. Whether you are looking at new houses, or old houses, you will notice many features that are particular to Southern structures. Each of those features has evolved from the need to handle heat, humidity, coastal storms, and periodic flooding.

A well-designed Southern home is built with style and grace rooted in practicality.

Here are some of the most iconic features of Southern houses. 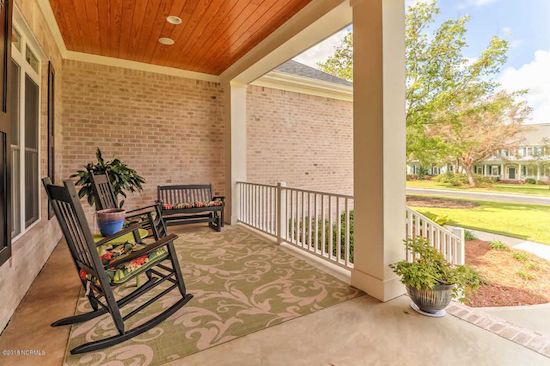 A well-designed Southern porch is key to the local sense of community. Porches are meant for gathering, for entertaining, for watching the neighbors, and for chatting with passers-by.

Many of these features take a leading role in descriptions of homes for sale. A "rocking chair front porch" is generally located on the front of the house, and is large enough to accommodate at least two, big comfortable, old-fashioned rocking chairs. The deep overhangs of a wide porch also serve to shade a home's exterior walls, which keeps the interior cooler. Wide porches match the Southern lifestyle: they are well-suited to entertaining outdoors. Many Southern homes feature porches that span the entire length of the home, or include a screen enclosure to help battle bugs.

The "sleeping porch," which is a large porch with a lattice surround, usually on the second floor of an older home, was a pre-air conditioning solution to hot uncomfortable nights. The entire family would grab mattresses and retreat to the cool outdoor space for a more comfortable night's sleep. Many Southern homes still feature large second floor porches, often with doors from a bedroom.

The sky blue or soft blue-green that you see on the underside of a front porch ceiling is very traditionally Southern. Although the many people mistakenly think the color is meant to repel mosquitoes, it is actually "haint blue." Originating from traditions of the Gullah people in the Coastal Carolinas, the color was thought to keep ghosts and spirits at bay. "Haint" is the Gullah word for haunt.

The blue color evolved from indigo paints. The indigo plant was a common crop in the Southern United States. 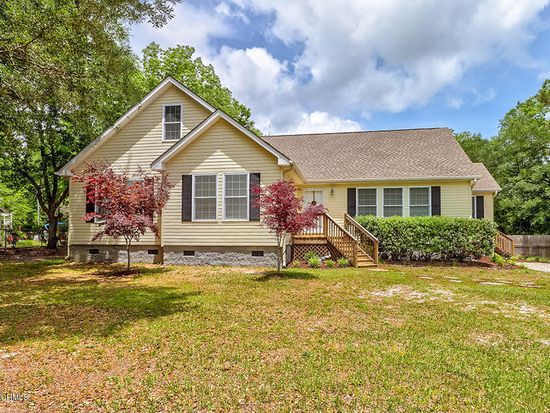 Where's the basement? As you may have noticed, North Carolina homes very seldom have basements. Instead, many have crawl spaces, which are the space of a few feet - sometimes more - between the foundation and the home. Built of stone or brick, raised foundations both help protect homes from coastal flooding and allowed airflow under the home for its cooling effect.

In coastal homes, and those along North Carolina's rivers, stilts serve the same purpose, with an emphasis on protecting the home's main floor from flood waters. 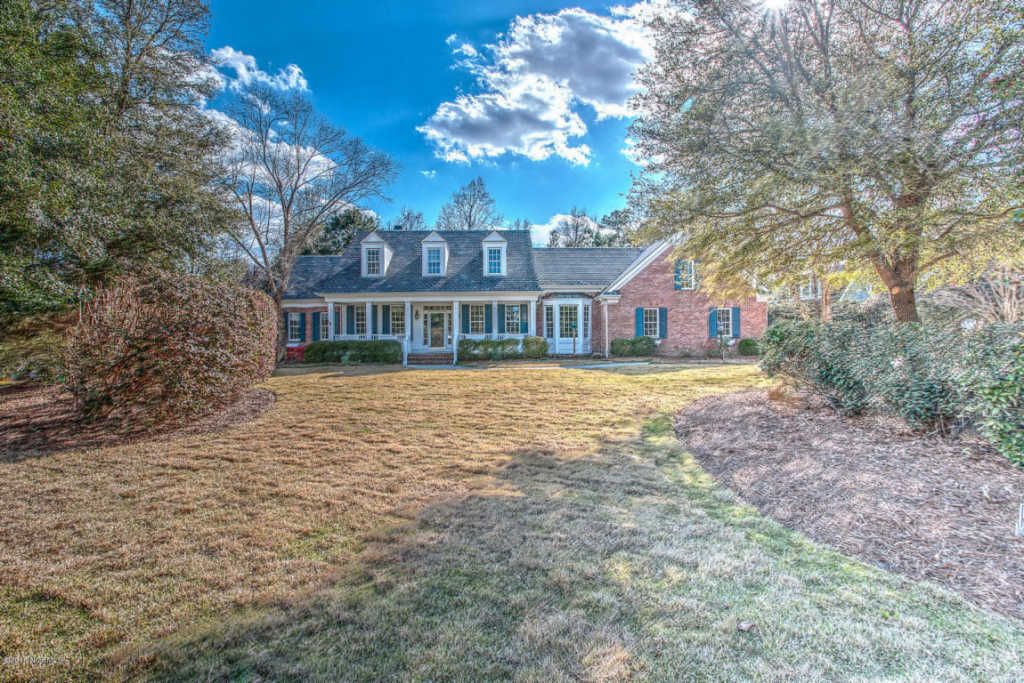 Simple working shutters in the South are designed to withstand beach rains and even hurricanes. Decorative shutters are nearly useless in the South; when the weather turns nasty, homeowners will close shutters and batten them tightly.

Shutters can also be closed to keep the sun out and protect upholstery, or make rooms cooler in the summer time.

A gently sloped, hipped roof is typical on Southern homes. Hipped roofs - those with a gradual inward slope from the peak to the inward walls - stand up well to wicked winds that come in with tropical storms.

A smokehouse was a partially functioning outdoor kitchen, common in the 1800s, primarily used for smoking meats. These small structures are often architecturally similar to the main house. Many new homes have a storage structure built to look like smokehouses. Southerners have a fascination for small buildings on their home's property, from playhouses to gardening sheds. 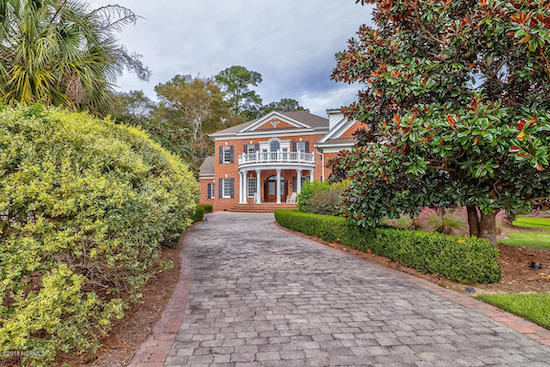 In both new and old homes, Southerners appreciate classic architectural details for both the sense of history and timeless elegance. Maybe more than anywhere else in the country, homes rely on classic form - symmetric design details, columns, and triangular gables. If you want your home to be in the running for genteel Southern living, you should be able to cite Neoclassical, Greek Revival, Federal or Georgian influences.

Search the full MLS and Exclusive Property Listings.
(Prices and inventory current as of January 25, 2020)

Have a house to sell?

Find Out How Much Your Home Is Worth (optional)