Ocean Isle Beach | What We Love about Living in Ocean Isle

Ocean Isle Beach | What We Love about Living in Ocean Isle

Called simply “Ocean Isle” by locals, this seaside town is in southern Brunswick County. Although it is in North Carolina, Ocean Isle is located in the Myrtle Beach, South Carolina metro area, making it the southern-most town along the North Carolina Atlantic coast. 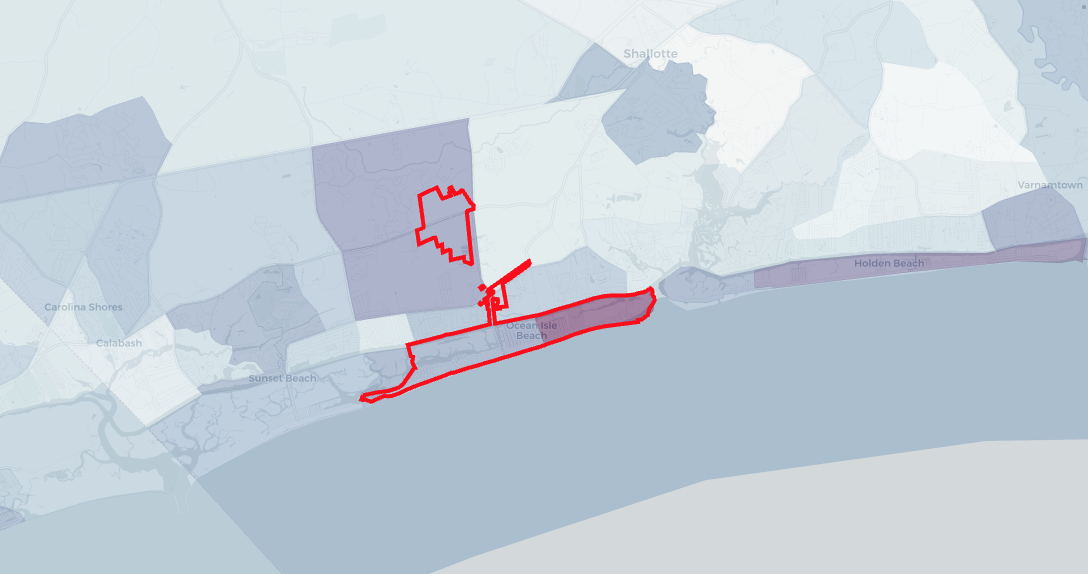 Ocean Isle Beach sits along the Intracoastal Waterway and the ocean, so its beaches, seasonal rentals, and tourist attractions are a big draw. With only 4.5 square miles, about 3/4 of that is land, which includes a barrier island that runs from Tubbs Inlet to Shallotte Inlet, and a small section of mainland that connected to the island by a bridge that reaches across the marsh.

Ocean Isle Beach is a manmade barrier island created in the mid 1930s, with the construction of the Intracoastal Waterway. The island was incorporated in 1959, and has a permanent population of about 600 - but the number of residents swells to more than 25,000 during the summer.

Find Your Next Home on Ocean Isle Beach

There are just over 2500 housing units in Ocean Isle Beach. The town had a 2000 population of 426; many of the homes or condos are seasonal homes and vacation rentals. 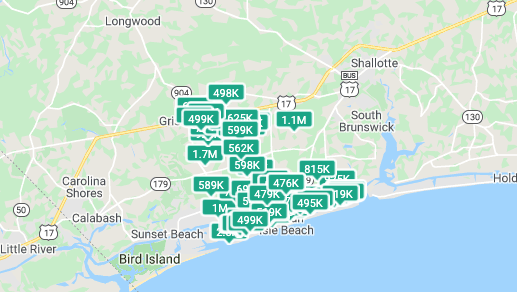 A search for homes for sale in Ocean Island Beach yields hundreds of listings, ranging from luxury ocean front homes in the $2-3 million dollar bracket, to new construction homes and townhomes located inland, and priced in the $250,000 range for three bedrooms and two bathrooms with about 1500 square feet.

The weather in Ocean Isle Beach is generally pleasant year-round, with ocean breezes keeping the worst of North Carolina’s summer heat at bay.

In August, typical high temperature is 88 and the low is 73, with ten days of rain. November averages are a high of 66, and low of 45, with about four days of rain. July and August are the hottest months of the year, and January the coldest, with an average low temperature of 36. Summer ocean temperature is about 82. In the winter, locals will find the water a bit too chilly for swimming, at about 70, while "snow birds" have been known to take a dip in the ocean in January.

Very rarely does it snow in Ocean Isle Beach: the average snowfall is .2 inches.

Over the decades, Ocean Isle Beach has had its scrapes with named hurricanes. In 1989, Hurricane Hugo caused tons of damage. More recently Hurricane Isaias made landfall near Ocean Isle Beach, damaging the fishing pier and waterfront property.

Seafood is the name of the game in Ocean Isle, as it is along the entire southeastern North Carolina coast.

Ocean Isle Fish Company is a casual marsh-front restaurant and Tiki bar. Sharky’s has a great deck overlooking the inlet and offers family favorites like pizza and pasta. For fried fish and burgers, locals choose Pelican’s Perch, and Feast OIB - a newcomer to the restaurant scene in Ocean Isle Beach - is laying claim to “best new restaurant.”

The Tipsy Turtle Tiki Bar has beach front views, great fresh seafood like grouper and local-caught shrimp, and the staff always gets rave reviews for friendliness.

One thing I love about Ocean Isle Beach is the Ocean Isle Fishing Center. Whether eating outside on one of the decks at the restaurant or sitting at the docks watching boats come in from charter fishing, it’s always a fun relaxing atmosphere. The fishing center hosts many fishing tournaments as well. There’s always a crowd there to watch the teams weigh in. The gift shop has everything you need for fishing, OIB attire and souvenirs.

The Ocean Isle Beach fishing pier reaches into the ocean from a mid-point on the beach. The pier is privately maintained, and was built in 1957 by Odell and Virginia Williamson. 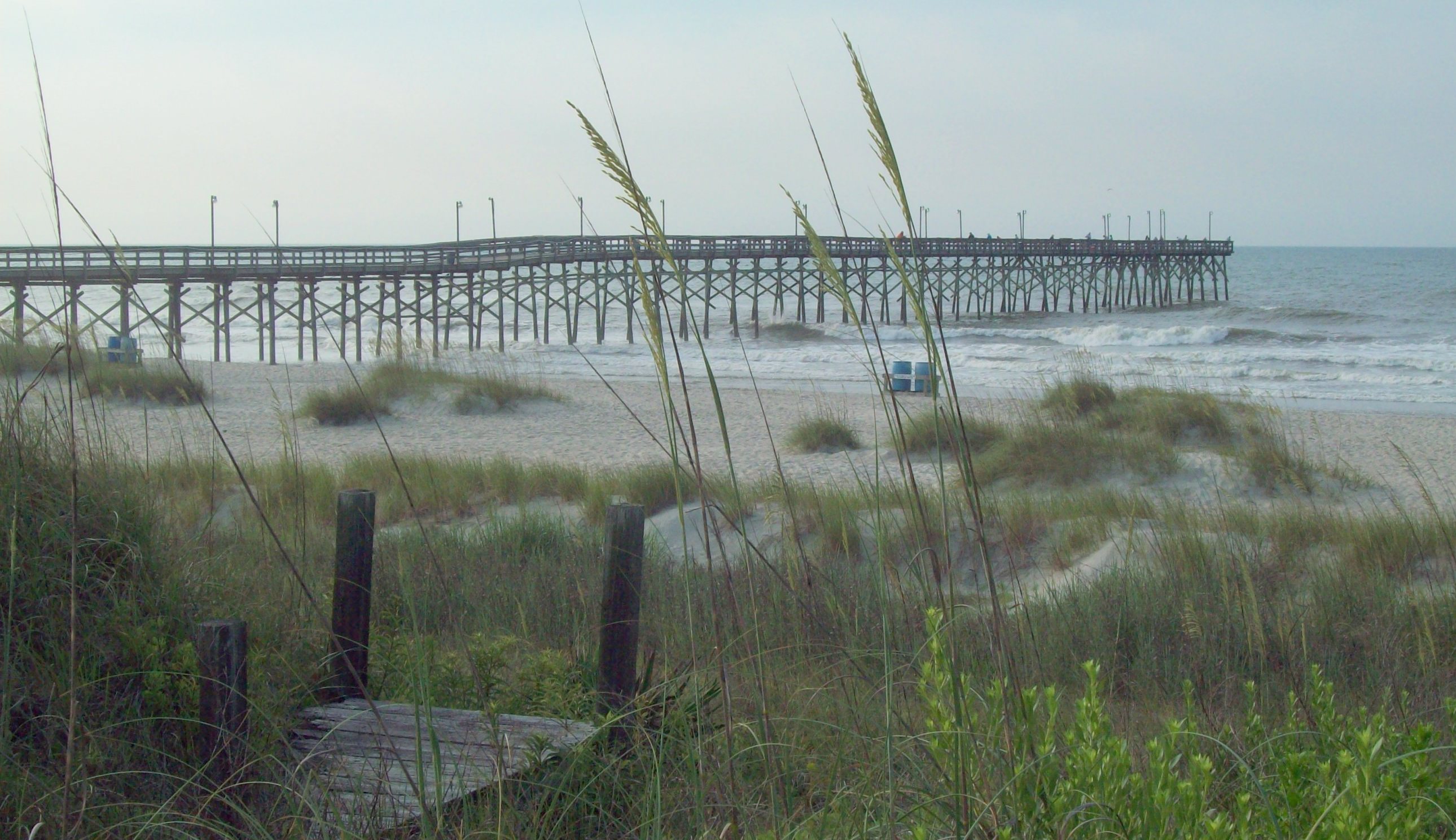 There is a restaurant called The Pier Grill, arcade, fishing gear rentals and classes, ice cream and a gift shop. Pier visitors will pay to park, and can purchase a day, weekly, or seasonal pass.

The community park on Ocean Isle Beach is an area with a small amphitheater, playground, a water play area, and public restrooms.

During the summer, the Ocean Isle Concert Series offers entertainment every Friday night at the Museum of Coastal Carolina, and on Wednesday nights at the Village Park gazebo.

Visitors to the island will find the Ingram Planetarium and its 85-seat domed theater. Another great family spot is the Museum of Coastal Carolina with a marine touch tank and science exhibits.

Of course, the largest tourist attraction on Ocean Isle is its beautiful stretch of Atlantic Ocean beach. Sand- and sun-lovers often make the trek to their favorite spot on the beach, with umbrellas, water toys, and picnic foods, with the intention of enjoying the salty air and ocean water. 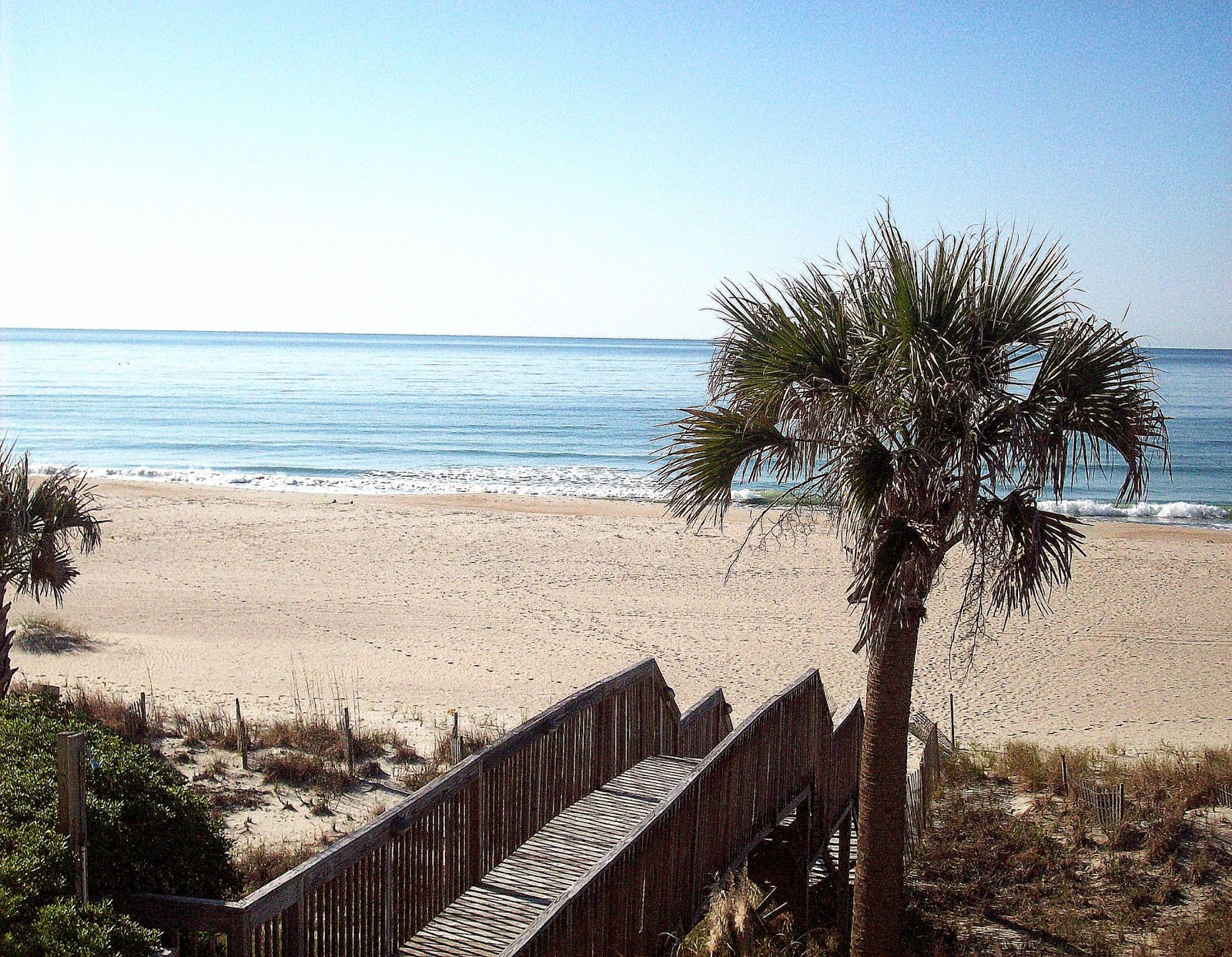 There are no lifeguards on the beach in Ocean Isle, so visitors swim at their own risk. Swimmers are encouraged to use the buddy system - don't swim alone - and to heed warnings about marine life, especially jelly fish that can deliver an unpleasant sting, and dangerous rip currents. Beach safety tips are important at every time of the year.

Dogs are allowed - leashed at all times - on the beach between Labor Day and Memorial Day.

Golfers will enjoy more than 30 golf courses within a 20-30 minute drive of Ocean Isle.

There is a produce market held on Tuesdays during the summer, and a one-day holiday market that is usually scheduled in late November.

Area festivals are a favorite of both locals and tourists, with The Sunset at Sunset community block party in October, and the North Carolina Oyster Festival also held in October.

Search the full MLS and Exclusive Property Listings.
(Prices and inventory current as of January 27, 2022)

Have a house to sell?

Find Out How Much Your Home Is Worth (optional)